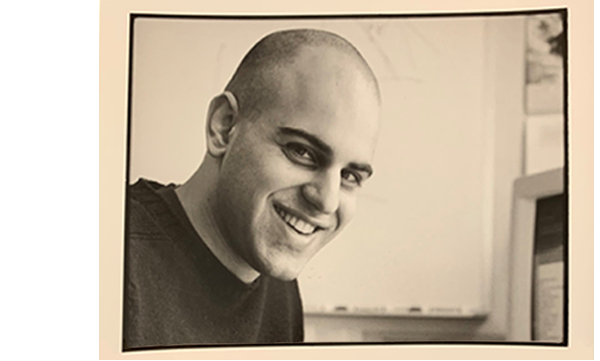 Sunil Thakor shares memories of working in CRA’s Finance Practice from 1999 to 2004.

What are you up to now?

I’m in public equity these days; I work for a boutique investment firm outside of DC in Arlington, VA. I’m also going to my 20th college reunion in four days so things are going well. It’s always interesting when I meet friends of mine and we talk about the arch of college because since then, I’ve only had two jobs.

How did you start out at CRA?

CRA had good work and a good culture filled with mentors. Starting out at CRA was the best preparation I could have had to move on to my second job.
People cared about me as a person; when Paul Maleh, who was my manager at the time, saw that I was hungry for opportunities, he gave me chances to prove myself professionally. I was certainly rough around the edges, but it was the type of place where people judged you by your abilities and not your age.

When I started at CRA, it was a year after the IPO and it had a global footprint but not the one it has today. A friend of mine who was a teammate at Colby College threw my resume in. It was my first job out of college—I joined in the summer of 1999—and I stayed until February 2004. It was great because I got to be a bigger fish in a small pond earlier in my career. I got experience writing big portions of expert reports. I always knew my long-term goal would be investment management, so I was applying for my CFA at the same time during my years at CRA.

I gained a lot of strong experience at CRA as an analyst, including technical skills involving things like Bloomberg and Excel. After a few years, Paul Maleh, offered me the chance to work out of the LA office, and although I wasn’t directly working with him at that point, he gave me a chance to spread my wings. When it came time to apply to business school, I had a different story than the rest because of my experience at CRA.

You mentioned learning technical skills. Are there any soft skills you learned here?

I learned the importance of having good mentors but also how to be a good one. Learning how to let people fail is important.

I also learned the importance of precision and doing the work right. In investing, I feel like you have to be 80% right 80% of the time. But at CRA you must be 100% right 100% of the time. You hire CRA because you need to win. That reputation took a long time to earn and that is what it’s built on. But getting into that mindset—doing your job and doing it well is not something that gets instilled in you in college. I didn’t realize a lot of these lessons until after I left. You don’t realize until you’re in a leadership position down the road. I remember going into Paul’s office and presenting. It would become clear I made a mistake somewhere and maybe the other 98% of what I said was correct, but it lost impact because of that small detail.

What are some of your most memorable moments at CRA?

I remember I stayed up all night in the office one time because I was working on a SAS data set. Paul came into the office the next morning and berated me. He told me all I needed to do was change one small detail in the coding to make the project run faster and more efficiently. I remember he said, “you’ve got to learn to work smarter, not harder.”

Who would you consider your biggest mentors here?

My two mentors at CRA were Paul Maleh and Rob Rupe. If you ask why people wanted to be on Paul and Rob’s teams, it’s because they knew how to motivate people. They both created a team of people that felt driven and that all shared a common goal. When we lost, we lost together and when we won, we won together.

Connect with Sunil on LinkedIn.