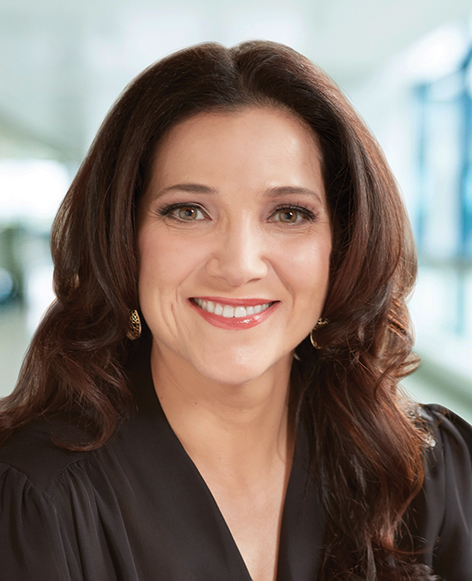 Raquel Tamez is the Chief Inclusion and Engagement Officer at Charles River Associates. As CIEO, Tamez plays an integral role in the firm’s diversity, equity and inclusion efforts, launching initiatives and designing programs that empower CRA’s workforce and strengthen its culture, allowing the firm to better serve its clients and communities.

Prior to joining CRA, Tamez served as Chief Executive Officer (CEO) for the Society of Hispanic Professional Engineers (SHPE), a national organization focused on empowering the Hispanic community to achieve its full potential in science, technology, engineering and math (STEM). During her four years with SHPE, she expanded the organization’s programs and services; increased its corporate partnerships and its membership to more than 13,000 across 280+ national chapters; and helped create new avenues for outreach and engagement.

From 2014 to 2017, Tamez held the role of Chief Legal Officer, general counsel, and SVP of legal at SourceAmerica, a national nonprofit that creates employment opportunities for people with significant disabilities.

In 2008, Tamez was recognized by the Hispanic Association on Corporate Responsibility with the Hispanic Corporate Achiever Award. She has since been named among the 2015 Corporate Counsel Trending 40 by Legal Bisnow; and voted one of the 25 most influential Hispanic lawyers by Leading Latinos magazine. Raquel has also been the subject of feature stories in various magazines including Hispanic Executive, as well as a feature profile in the law magazine Vanguard.

In 2017, she was appointed by the Federal Communications Commission as a member of the Advisory Committee on Diversity and Digital Empowerment’s Diversity in Tech working group. She also served as a board member for the Council of Engineering and Scientific Society Executives, and represented SHPE on both the Hispanic Association of Corporate Responsibility Board of Directors and the STEM Education Coalition.

In 2020, Raquel represented SHPE as part of the first-ever Hispanic delegation to the World Economic Forum in Davos, Switzerland. That same year, she received the 2020 Ohtli Award from the Mexican government, in recognition of her efforts to empower Hispanic communities abroad.

She currently serves on four boards: Melwood, a nonprofit that provides jobs and other opportunities to people with disabilities; Girls in Tech, an organization committed to educating, engaging and empowering women and girls in technology; DeVry University; and the St. Mary’s University School of Law, her alma matter.

Tamez is a graduate of the University of Texas at Austin and St. Mary’s University School of Law.