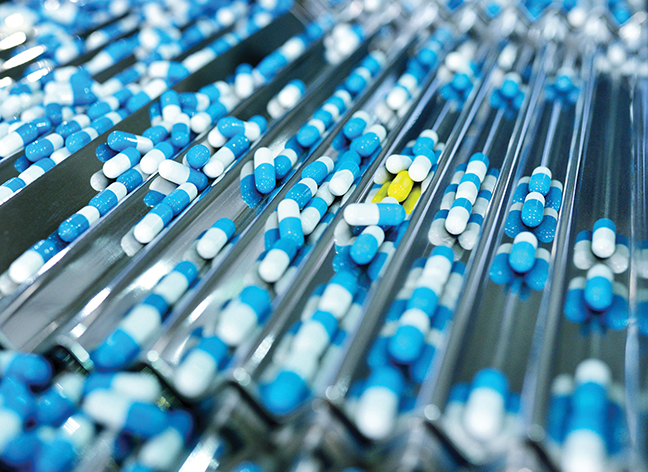 On April 13, 2021, the US Court of Appeals for the Fifth Circuit unanimously upheld the Federal Trade Commission’s (FTC) ruling that Impax Laboratories (Impax) and Endo Pharmaceuticals Inc. (Endo) entered into an anticompetitive patent settlement agreement to delay the entry of a generic opioid.

In January 2008, Endo sued generic drug maker Impax for patent infringement relating to Impax’s application to market a generic version of Endo’s extended-release formulation of oxymorphone called Opana ER. In June 2010, Impax and Endo entered into a settlement agreement under which the parties agreed to the following: 1) Impax agreed to delay launching its generic until January 2013; 2) Endo agreed not to launch an authorized generic (AG) until Impax’s 180-day Hatch-Waxman exclusivity period ended in July 2013; 3) Endo agreed to pay Impax a credit if Opana ER sales revenues fell by more than 50% between the dates of settlement and Impax’s entry; 4) Endo agreed to grant Impax a license to Endo’s existing and future patents for extended-release oxymorphone; and 5) the parties agreed to collaboratively develop a new Parkinson’s disease treatment, where Endo paid Impax
$10 million up front and up to $30 million in additional payments based on the achievement of certain milestones. Following the settlement, Endo paid Impax a $102 million credit.
In January 2017, the FTC filed an administrative complaint against Impax, alleging that the settlement was an unfair method of competition and an unreasonable restraint on trade. In May 2018, an administrative law judge (ALJ) determined that the agreement restricted competition but was nevertheless lawful because its procompetitive benefits, stemming from earlier generic entry, outweighed the anticompetitive effects.
In April 2019, the FTC reversed the ALJ’s ruling, finding that Impax had failed to show that the settlement had any procompetitive benefits and that the purported benefits could have been achieved through a less restrictive agreement. The FTC issued a cease-and-desist order enjoining Impax from entering into similar reverse payment settlements going forward. Impax subsequently filed a petition for review of the FTC’s ruling.

In 2012, plaintiff Louisiana Wholesale Drug Co., Inc., on behalf of itself and other direct purchasers of Lamictal tablets and/or direct purchasers of generic lamotrigine tablets (Direct Purchasers) filed suit against SmithKline Beecham Corporation d/b/a GlaxoSmithKline (GSK) and Teva Pharmaceutical Industries Ltd. and Teva Pharmaceuticals USA, Inc. (collectively “Teva”) alleging that the defendants’ settlement agreement to end a patent dispute violated antitrust laws. Specifically, the Direct Purchasers alleged that the settlement agreement, under which GSK agreed not to launch an authorized generic (AG) for GSK’s mood stabilizer Lamictal, harmed competition by delaying generic entry and increasing generic prices.
In December 2018, a US District Judge granted the Direct Purchasers’ motion for class certification, relying on evidence showing that, on average, prices tend to be lower when more than one generic is available in a market. GSK and Teva opposed certification, arguing that the Direct Purchasers impermissibly relied on averages, masking the fact that many purchasers may have paid no more (or even less) for lamotrigine than they would have if GSK had launched an AG. GSK and Teva asserted that GSK planned to compete aggressively with Teva on price; that Teva learned about this strategy before it began selling lamotrigine; and, accordingly, that Teva pre-emptively lowered its prices in order to compete.
On April 22, 2020, the US Court of Appeals for the Third Circuit vacated the original District Court decision, stating that since “the District Court did not conduct a rigorous analysis of the competing expert reports that rely on competing evidence and assume competing facts, we are unable in the first instance to determine whether the Direct Purchasers have met the predominance requirement by a preponderance of the evidence.”

Judge Vazquez declined to certify the subclass of direct purchasers who only purchased generic lamotrigine. The opinion accompanying the decision is sealed.